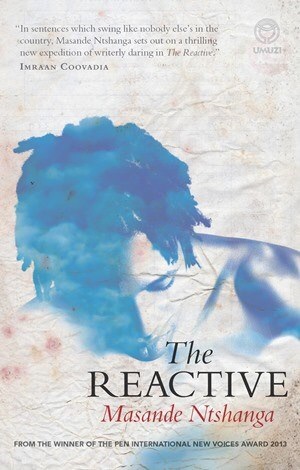 It’s taken me longer now to write about The Reactive by Masande Ntshanga than the six and a half hours it took me to devour it.

How to write about this book, without giving anything away or taking too much from the narrative?

First off, I loved it. And here, a personal story about how this novel that has achieved so much in such a short space of time saved my sanity and nursed me back from heartbreak.

I started reading it in the waiting area of Gimhae Airport in South Korea. We were en route to Taiwan for a much needed break from teaching, and I brought my Kobo along for the ride. My e-reader was stocked with Ntshanga, Zadie Smith, Chimamanda Ngozi Adichie and China Miéville. I was ready for a short but happy holiday of culture, travel and reading.

I was a quarter of the way through when we boarded the plane, half way when we landed in Taipei. I was already yelling at the protagonist Lindanathi to cut the shit and get his life together, recognising a Cape Town of drugs, sickness and despair that seems all too familiar. I found myself sympathising with Nathi, identifying with him: the similarities between us outweigh the differences. What are the differences? He’s black, I’m white; I grew up poor, he grew up so much poorer. But we both grew up in the new South Africa, we’re both young and educated (yet despite our education and achievement we have low self-esteem); we’re both prone to peer pressure and procrastination, we both ignore pressing issues in our lives, we’ve both had difficulties to overcome as children and we both have a singular heartache: the fate of our brothers.

So you see, when the awkward man at the counter asked us to “step this way, please”, I had a book to escape into. When the beautiful woman in a tight pencil skirt handed us our return tickets, denying our entry into the country, I had Lindanathi holding me upright. When the air hostess unthinkingly greeted us with a cheerful “Back again?” as we boarded the same plane as the one we just left, I had The Reactive to weep my hot tears into. I’m a failure, I’m a fraud, I’m a fuck up of epic proportions, I just can’t seem to get this adult thing right and how did I forget to get the visas?!

But I had a book, the best book I could’ve had, and I devoured it through the tears and the pain and the tension in my neck from beating myself up.