I waited nine months before finally reading Alain Mabanckou’s memoir, The Lights of Pointe-Noire. In September last year, I covered a panel discussion with Mabanckou at the 2015 Open Book Festival in Cape Town. I didn’t know who he was before attending the talk, which was centred around the theme “going home”, but the moment I heard his voice I sat up and listened. The man has a presence that commands all your attention, and it shows in his writing. Immediately after the festival, I arrived back in Johannesburg and ordered his memoir from Loot.co.za. And finally last weekend, after carting it all the way to South Korea, I devoured it in one sitting. My verdict? It was well worth the wait. 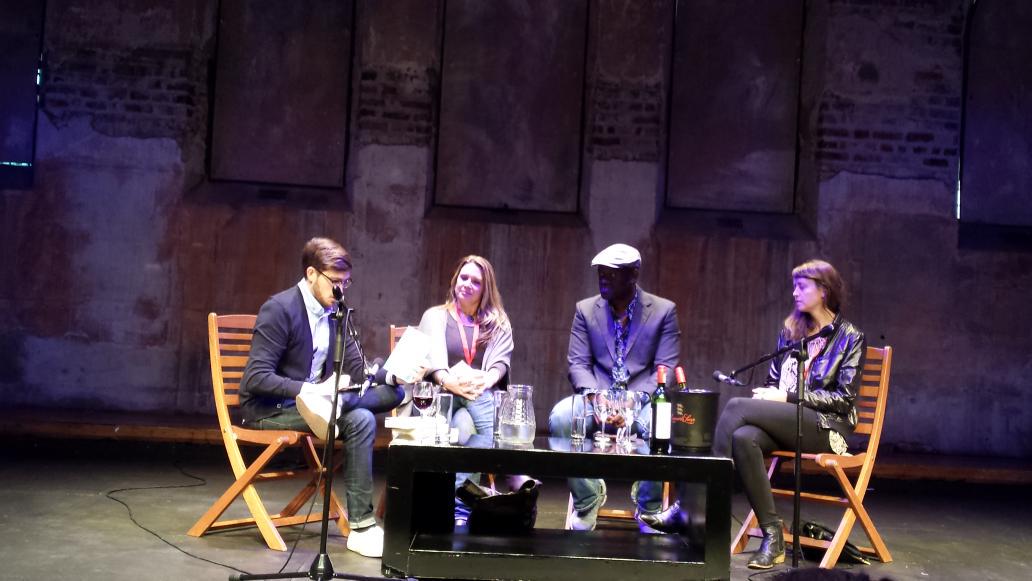 Mabanckou was born in 1966 in Congo-Brazzaville. In 1989, at the age of 22 (when I was, gasp, one year old) Mabanckou left the Congo to study in France, and didn’t return to his home country for over a quarter of a century, not even in 1995 to attend his mother’s funeral. The Lights of Pointe-Noire is as much a story about his mother and extended family as it is a meditation on the meaning of home.

From the motto to the postscript, the reader is struck by the raw pain emanating from the pages:

a child will be born long ago

Note the searing honesty in the first paragraph of the first chapter, entitled “The miracle woman”:

For a long time I let people think my mother was still alive. I’m going to make a big effort, now, to set the record straight, to try to distance myself from this lie, which has only served to postpone my mourning. My face still bears the scars of her loss.

The Lights of Pointe-Noire begins with a touching vignette about Mabanckou’s mother, followed by snapshots of the man he called his father, intermingled with stories of relatives who touched his life in one way or another. In the present, the author has just arrived in the country of his youth, with a white girlfriend by his side, and he marvels at the changes two wars had wrought on his motherland.

One by one he visits the remaining relatives, remembering them from a child’s point of view, trying to reconcile this image of them with the people they are now. Most touching is his return to his childhood home, a small wooden hut built by his uncle on the plot of land his mother proudly owned:

Yes, I used to sleep there. My dreams were less confined than the space we lived in. At least when I closed my eyes and sleep lent me wings to fly, I found myself in a vast kingdom, not in a shack that looks today like a fisherman’s hut straight out of The Old Man and the Sea, or even The Old Man Who Read Love Stories.

One of my favourite parts of the book is Mabanckou’s visit to his former high school, his reunion with his philosophy teacher and his memory of the French Institute where he thought he was meant to read all the books in the library in alphabetical order. I also enjoyed learning more about the history and culture of the Congo, and I often found myself needing to look up certain places, names of food and historical facts during the reading process.

The Lights of Pointe-Noire is a book I will read again and again. I suspect as I get older, my response to it will change, as with most books. It did leave me feeling profound sadness. I ached at the subtle depiction, almost like a shadow thread throughout the story, of the author alone in his hotel room, agonising over a home that’s no longer his, pouring his thoughts into a school exercise book, bringing up images of the past and trying to fit them into the shape of the present. Walking through the streets of his youth, knowing that now he is just a visitor there.

Can you ever go home? What is “home” anyway? Perhaps there are no answers to this question, or many answers, or just more questions waiting to be asked.

But by God, this book is beautiful.